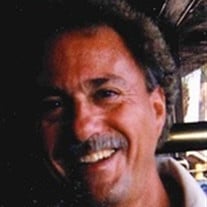 Dr. Harold A. "Hal" Lehrian, 79, entered into eternal rest on Wednesday, August 9, 2017. Born April 8, 1938 in Pittsburgh,PA he was the son of the late Harold G. and J. Vivian (Lange) Lehrian. Hal graduated in 1956 from Penn Hills High School in Pittsburgh. He earned his BS degree from the University of Pittsburgh School of Dentistry in 1965 and was a member of the Delta Sigma Phi Fraternity. Hal served two years as a Captain in the Air Force at Dover Air Force Base, Dover, DE. He opened his first dental practice in Chambersburg in 1967. After a few years of solo practice he became a partner in dentistry with Layman, Acri, Lehrian Dental Associates. He made regular visits to the local nursing homes for resident dental care. Hal was an avid Steeler fan and enjoyed golfing, dancing, sailing and traveling. He also had affiliations with local service and social organizations. He was a member of the Knights of Columbus Council 1426 and was a Past Grand Knight. He is survived by his wife of 32 years, Teresa; three children, John of TN, David (wife, Kelly) of CA, Matthew (wife, Angel) of Pittsburgh; mother-in-law, Mary Snyder; sister-in- law Danette Wile; brother, Donald (wife, Linda) of FL; six grandchildren; one great- grandchild; one Godchild; two nephews and numerous cousins and extended family members. There will be a viewing from 2-4 and from 6- 8 p.m with the Rosary being recited at 7:30 p.m. on Tuesday, August 22, 2017 and a viewing from 10-10:30 a.m. on Wednesday, August 23, 2017 at Sellers Funeral Home. Mass of the Christian Burial will be held at 11 a.m. on Wednesday, August 23, 2017 at Corpus Christi Catholic Church with Fr. Brian Olkowski officiating. Burial will follow at Corpus Christi Cemetery. Memorial donations may be made to the charity of one's choice. Special thanks to Dr. Orange and Staff, Dr. MacNichol, Dr. Kent, Dr. Cerveris, Staff of ManorCare, Staff of Chambersburg Hospital, SpiritTrust Lutheran Hospice, Staff of Corpus Christi, Family and Friends. Hal was a humble man with a very kind heart and had a long journey. Our Lord is now keeping him safe. May he rest in peace. Online condolences may be expressed: To send flowers to the family or plant a tree in memory of Dr. Harold "Hal" A. Lehrian, please visit our Heartfelt Sympathies Store.

The family of Dr. Harold "Hal" A. Lehrian created this Life Tributes page to make it easy to share your memories.

Send flowers to the Lehrian family.