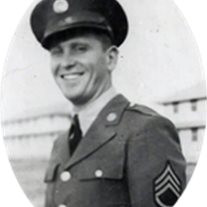 Charles Abram “Chuck” Lesher, 93, passed away peacefully at Chambersburg Hospital on March 3, 2014, with his family by his side. He was born May 4, 1920, the first of six children of Charles Reiff and Eunice Sheffler Lesher. He is survived by his wife of 72 years, Marion I. Hepfer Lesher, sons David C. Lesher (Nancy) of Davis, West Virginia and C. Wesley Lesher of Harrisonburg, Virginia, brothers Glenn Lesher (Mary Ellen) and Alan Lesher (Pat), sister Janet Lesher Brindle, grandchildren Christopher Lesher of Lafayette, Colorado, Dianne Lesher Borghese (Paul) of Ashburn, Virginia, Timothy Lesher of Mechanicsville, Maryland, great-grandchildren Robert, Jonathan, Nathan, P. Matthew, and Simon Borghese, his ex-daughter in law and good friend, Margaret Rusk, many nieces and nephews, and many friends. In addition to his parents, he was preceded in death by his brothers, Ralph Lesher and Carl Lesher. Charles was seven generations descended from his ancestor Sebastian Lesher who came to America from Germany in 1734 and whose descendents eventually settled in Franklin County around 1800. As a youngster Charles spent most of his growing-up years in New Franklin, attended the two-room New Franklin School and graduated from Chambersburg High School, class of 1938. He was proud to point out that he attended the 75th reunion celebration of his class in 2013. After high school, Charles worked in a factory in Shippensburg at a salary of $7 a week but recognizing this didn’t have much of a future, he enlisted in the US Army Air Corps in 1939. Charles’ first stationing in the Air Corps was at Bolling AFB in Washington DC where he was trained to be a weather observer and then was sent to Chanute Field, Illinois where he graduated as a certified weather forecaster in the fall of 1941. His next assignment was at Bangor, Maine and it was there a few months later he married Marion Hepfer, a New Franklin girl he had known since the first grade at New Franklin School. The start of World War II sent him to a variety of military assignments including Goose Bay, Labrador and the Azores. Charles decided to leave the service after the war and got a job as a weather forecaster for Trans World Airlines on Long Island. They soon asked him to transfer to a forecasting job in Europe which he declined to do and rejoined the US Air Force as a weather forecaster once more. Charles and Marion, now with two boys, Dave and Wes, lived in Springfield, Mass. until 1950, then Stephenville, Newfoundland until 1953 and then Washington, DC for the balance of his military career. He retired in 1960 with the rank of Captain, USAF. After retiring from the Air Force, Charles was a high school math teacher in the Washington area for the next 14 years and he took up running, eventually running and finishing the Boston Marathon and other marathons as well. He became a serious bridge player and was soon a life master. Retiring once more, he and Marion moved back to Pennsylvania and built a new home in the village of New Franklin. For the next twenty years, Charles pursued his activities of running, becoming one of the founding members of Chambersburg Road Runners, gardening and gradually becoming a proficient user of home computers. He also joined several friends and bicycled across America from the Pacific to the Atlantic. In 1996, Charles and Marion moved to a simpler life in a home in Chambersburg and ten years later to the independent living campus at Menno Haven. In 2012, they moved to the assisted living center at Menno Haven where they lived together until Marion moved to a nearby room in the nursing center in 2013. Charles and Marion were members of First Evangelical Lutheran Church of Chambersburg for many years. A funeral service for Charles will be held at First Lutheran on Thursday, March 13 at 12 o’clock noon officiated by Pastor Richard Seaks. A private burial will follow at Grindstone Hill Cemetery. There will be no viewing. In Lieu of flowers, donations in memory of Charles Lesher to First Lutheran Church, 43 West Washington Street Chambersburg , Pa. 17201 Online condolences may be expressed at www.sellersfuneralhome.com To send flowers to the family or plant a tree in memory of Charles Lesher, please visit our Heartfelt Sympathies Store.

Charles Abram &#8220;Chuck&#8221; Lesher, 93, passed away peacefully at Chambersburg Hospital on March 3, 2014, with his family by his side. He was born May 4, 1920, the first of six children of Charles Reiff and Eunice Sheffler Lesher. He... View Obituary & Service Information

The family of Charles Lesher created this Life Tributes page to make it easy to share your memories.

Send flowers to the Lesher family.