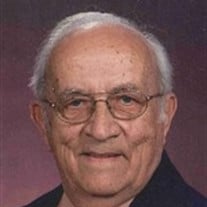 Harold F. Lehman, 90 October 17, 1925 – December 3, 2015 CHAMBERSBURG, PA – Harold F. Lehman, 90, formally of 2328 Scotland Road, died Thursday, December 3, 2015, at Chambersburg Hospital. Born Oct. 17, 1925, in Chambersburg, he was the son of the late Samuel D. and Rhoda F. Lehman. He owned and operated a dairy farm on a generational farm and was a mail carrier for thirty years. He was a member of King Street United Brethren Church and the Burton Men Sunday School Class, where he was their teacher for sixty-four years. He also sang in the choir; was the official church board to lay leader from 1955 – 1993; and was in the PA State Sunday School Association. He is survived by two sons, Rodney L. Lehman of Buellton, CA; and Bryan E. Lehman of Chambersburg, PA; one sister, Jeannie Lehman of Chambersburg; seven grandchildren; and two great grandchildren. He was preceded in death by his wife, Janet L. Lehman, of sixty-five years; one son, Roger Lehman; and two sisters: Dorothy Hunsecker of Walkersville, MD and Erma Burkholder of Huntington, IN. The services will be Friday, December 11, 2015 at 10 a.m. at King Street United Brethren Church, Chambersburg. The Rev. Paul B. Baker and Rev. Lester F. Stine will officiate. Burial will follow in Parklawns Memorial Gardens. The family will receive friends from 6 to 8 p.m. at William F. Sellers Funeral Home on Thursday, December 10, 2015. Memorial donations may be made to King Street United Brethren Church, 162 E. King St., Chambersburg, PA. 17201. Online condolences may be made at www.sellersfuneralhome.com To send flowers to the family or plant a tree in memory of Harold Frey Lehman, please visit our Heartfelt Sympathies Store.

The family of Harold Frey Lehman created this Life Tributes page to make it easy to share your memories.

Send flowers to the Lehman family.