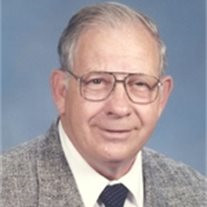 Harry A. Stepler Jr. went to be with the Lord on Saturday, May 17, 2014 at home with loved ones where his wish was to be. He was born October 29, 1928 in Chambersburg. He was the husband of the late Delores (Honey) Stepler and the son of Harry Stepler Sr. and Mildred (Johns) Stepler. He was preceded in death by his parents, wife, daughter- Cindy Sue Hospodar and brother- Robert Stepler. He is survived by his daughter, Penny Lawyer and her husband Mark, son-in-law Vincent Hospodar and sister Helen Brown. He has four grandchildren: Christine Hospodar, Brian Hospodar (wife: Becci), Jeremy Lawyer (wife: Renee) and Trevor Lawyer; nine great grandchildren: Austin Blacker, Myles Hospodar, Lillian Doyle, Cheynne Lawyer, Kiara Lawyer, Mollie Hospodar, Brycen Lawyer, Amara Lawyer and Trevor Lawyer, Jr. He also has many nieces and nephews. He was very proud of his accomplishments which included serving in the 5th Cavalry Regiment Company A from 1948-1951, receiving medals for serving in occupied Japan, Rifle and Pistol Marksman. In his early life he worked for Dinette City, Hershey Creamery and Knouse Foods. He was then employed at T.B. Woods and Sons for 48 years. He started as a welder and Blacksmith, until his promotion to Maintenance Supervisor and Head of Safety, where he stayed until his retirement in 1990. While working there, he was the President of UAW Local 695 for 12 years. He received many awards including Employee of the Month. Harry Volunteered for many years for Operation Concern and served as a Councilmember of Trinity Lutheran and Chairman of Property committee for many years. He was awarded by the Borough of Chambersburg for “Pride in the Community” in 1997, as the man who painted 195 signs and lampposts in the town. He enjoyed his family, the big Easter egg hunts, cook outs, holidays and just being together. He really enjoyed landscaping and overall keeping busy. A special thanks to Lisa, Donna, Laura, Alexis, Jerri, Tif and Virginia for all of their help and support during this difficult time. The funeral will be held at 11:00 a.m. on Thursday, May 22, 2014 at the W.F. Sellers Funeral Home with the Rev. Tara MaGoon officiating. A visitation will be held on Wednesday Evening, May 21, 2014 from 6-8p.m. Burial will be in Parklawns Memorial Gardens with Military Honors by the Charles Nitterhouse Post#1599. Memorial Donations may be made to Heartland Hospice, 417 Phoenix Drive, Chambersburg, PA 17201. Online condolences may be expressed at www.sellersfuneralhome.com To send flowers to the family or plant a tree in memory of Harry A. Stepler Jr., please visit our Heartfelt Sympathies Store.

Harry A. Stepler Jr. went to be with the Lord on Saturday, May 17, 2014 at home with loved ones where his wish was to be. He was born October 29, 1928 in Chambersburg. He was the husband of the late Delores (Honey) Stepler and the son of... View Obituary & Service Information

The family of Harry A. Stepler Jr. created this Life Tributes page to make it easy to share your memories.

Harry A. Stepler Jr. went to be with the Lord on Saturday, May...

Send flowers to the Stepler family.