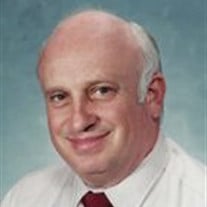 Harry D. Wagner Chambersburg - Harry Donald Wagner, 80, of Chambersburg, PA, passed away on Sept. 6, 2014 peacefully in his sleep at Menno Haven. He was born in Minersville, PA on Sept. 16, 1933, the son of the late Harry E. Wagner and Pearl M. Wagner. As a boy, he lived in the small village of Buck Run, PA, graduating from Cass Township High School and continuing on to receive a Bachelor of Science degree in Music Education from the Susquehanna University of Selinsgrove, Pennsylvania. While attending Susquehanna University, he was a member of the Theta Chi fraternity and he met his future wife, Dorothy M. Sites of Chambersburg, PA. He and Dorothy were married in the King Street United Brethren Church on Saturday, August 27, 1955 by Dr. Clyde Meadows. They spent their honeymoon in Niagara Falls, Toronto and Montreal, Canada and recently celebrated their 59th anniversary. Harry was drafted into the US Army on November 19, 1955. He went through basic training at Ft. Stewart, Georgia as a member of the 101st "Screaming Eagle" Division. Upon completion of his training, he was assigned to the 3rd Infantry Division at Ft. Benning, Georgia. Harry was a member of the division band and served as the division's bugler. His military service continued in the US Army Reserve with the XXI Corps at Fort Indiantown Gap, Pennsylvania. Because of the Cuban Missile Crisis, his enlistment was extended. He was honorably discharged in late 1962. Employed as an instrumental music teacher in Elementary and Secondary Schools in Waynesboro, Pennsylvania, he retired after 31 years. Over the years he taught hundreds of students at Antietam Jr. High School and its predecessor, West Jr. High School, along with several elementary schools in the Waynesboro School District, the Quincy Orphanage, and assisting with the Waynesboro High School Band. In addition to his lifelong passion for music, he enjoyed reading, history and travel. Together with his wife, he was also actively involved in the Wayne Band of Waynesboro, PA and New Horizons Band for many years. Harry is survived by his wife, Dorothy; their two children, Chris A. Wagner ( Claudia) of Spring, TX; Douglas L. Wagner (Greta) of Lebanon, PA; his 6 grandchildren, Katherine E. Wagner, Jessica H. Wagner, and Vanessa M. Wagner, all of Spring, TX, and Matthew D. Wagner, Alan S. Wagner, and Joy M. Wagner, all of Lebanon, PA; his brother, Frederick Wagner (Marsha) of Orwigsburg, PA; his nieces, Barbara and Susan, and the rest of his family and friends. The family of Harry Wagner wishes to thank Menno Haven and their staff as well as the doctors and nurses who attended to him. The funeral service will be held at 1:30 on Thurs., Sept. 11, 2014 in the chapel at Menno Haven with the Reverend Adam Leeper officiating. Visitation will be held one hour prior to the service Burial will be at Lincoln Cemetery following the service. On line condolences may be expressed at www.sellersfuneralhome.com To send flowers to the family or plant a tree in memory of Harry D Wagner, please visit our Heartfelt Sympathies Store.

Harry D. Wagner Chambersburg - Harry Donald Wagner, 80, of Chambersburg, PA, passed away on Sept. 6, 2014 peacefully in his sleep at Menno Haven. He was born in Minersville, PA on Sept. 16, 1933, the son of the late Harry E. Wagner and Pearl... View Obituary & Service Information

The family of Harry D Wagner created this Life Tributes page to make it easy to share your memories.

Send flowers to the Wagner family.