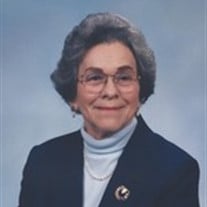 Janet I. Shoap, 90, of Chambersburg, passed away on June 7, 2013 at the Chambersburg Hospital. She was born August 7, 1922 in Guilford Township, the daughter of the late Wilbur S. and Carrie (Keller) Yaukey and the widow of the late W. Paul Shoap. She was a member of the Mt. Pleasant United Brethren Church, the King’s Sons and Daughters Sunday School Class and a former pianist and organist of the church for over 60 years. Janet was also a member of the Franklin County Falling Spring Auxiliary, Luther Ridge Social Services Auxiliary; a former “Life Member” of the Women’s Missionary Association of the United Brethren Church, member of the Local 2840 Chapter of AARP; former member of the “Golden Agers” and AARP Bowling League and a volunteer at “Piney Mountain Nursing Home” (now Laurel Run) for many years. Janet graduated from Chambersburg High School with the class of 1940 and was retired from the Franklin County Courthouse where she worked in the Domestic Relations Office. She is survived by two sons: Robert P. (Carole), Diamond Head, MS, Dan R., (Jeff ) San Francisco, CA; a daughter, Janette (Stan)Thompson, East Stroudsburg, PA; two grandchildren: Aaron and Adam Thompson, both of Land O'Lakes, FL; two great grandchildren ; three step-granddaughters of Slidell, LA, New Orleans, LA and Biloxi, MS and a brother: Marvin Yaukey, Waynesboro, PA. In addition to her parents and husband, she was preceded in death by two brothers: Jay G. and Harold K. Yaukey and a sister, Vera Yaukey. The Funeral Service will be held at 2:00 PM on Thursday, June 13, 2013 at the Mt. Pleasant United Brethren Church with Gary Culler and Chris Little officiating. There will be no viewing, but a visitation time with the family will be held at the church from 1:00 p.m. to 2:00 p.m. Burial will be at Lincoln Cemetery. Memorial Donations may be made to: Mt. Pleasant United Brethren Church, 2509 Black Gap Road, Chambersburg, PA, 17202 or Luther Ridge Retirement Home. Online Condolences may be expressed at www.sellersfuneralhome.com To send flowers to the family or plant a tree in memory of Janet I. Shoap (Yaukey), please visit our Heartfelt Sympathies Store.

Janet I. Shoap, 90, of Chambersburg, passed away on June 7, 2013 at the Chambersburg Hospital. She was born August 7, 1922 in Guilford Township, the daughter of the late Wilbur S. and Carrie (Keller) Yaukey and the widow of the late W. Paul... View Obituary & Service Information

The family of Janet I. Shoap (Yaukey) created this Life Tributes page to make it easy to share your memories.