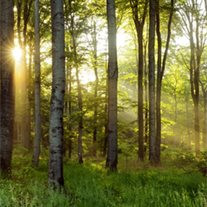 John Calvert Emmons 69, of Chambersburg, passed away Thurs., May 2, 2019 at Harrisburg Pinnacle Hospital. He was born on Sept.13, 1949 in Chambersburg, the son of the late John Henry and Mary (Calvert) Emmons. John grew up in Chambersburg and lived above the Sellers Funeral Home where his father was a mortician. He served in the USAF during Vietnam from 1969-1973. He was employed by LEAD as a Truck Driver, and later as a part time dispatcher for 911 from May 1975- April 2000 and Advanced Auto Parts part-time for the last nine years. In Nov. of 1978, John joined the Franklin Fire Co. #4 and served as Secretary, Engine Sgt. and Assistant Chief for 3 years. John was a member of the Charles Nitterhouse Post #1599 and life member of the Franklin Fire Company #4. He coached Little League while his son was growing up. John is survived by: his wife Sharon, a son, John Henry Emmons (Jennifer) two grandsons: Bryce Jarrett, Karter John Emmons, two step grandchildren, sister, Carolyn Rossman Faust , niece, two nephews, a brother in law Carl Lee Stepler a sister in law Brenda Lee Morton and his loyal friend, Lizzie. In addition to his parents, he was preceded in death by: brother in law, Gary Faust, mother in law, Martha Karper Stepler, father in law, Paul Theodore Stepler, step mother in law, Beverly Parson Stepler. The Funeral Service will be 1PM Wed., May 8 at William, F. Sellers Funeral Home with the Seminarian Michael Patrick Faust Officiating. There will be a visitation prior to the service in the funeral home beginning at 11 am. Burial will be in Lincoln Cemeter y. In lieu of flowers, donations may be made to the Cumberland Valley Animal Shelter 50561 Letterkenny Road Chambersburg, PA. 17202 or the Franklin Fire Co. #4 158 West King Street Chambersburg, PA. 17201. Military honors will be provided by Charles Nitterhouse Post #1599. Online condolences may be expressed at www.sellersfuneralhome.com

John Calvert Emmons 69, of Chambersburg, passed away Thurs., May 2, 2019 at Harrisburg Pinnacle Hospital. He was born on Sept.13, 1949 in Chambersburg, the son of the late John Henry and Mary (Calvert) Emmons. John grew up in Chambersburg and... View Obituary & Service Information

The family of John Calvert Emmons created this Life Tributes page to make it easy to share your memories.

Send flowers to the Emmons family.