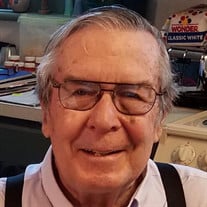 Dr. John Morris O’Connor III, born September 21, 1937, in Evanston, IL, died of natural causes on November 13, 2021, at his home in Chambersburg, PA. John grew up in Wilmette, Illinois, and graduated from New Trier High School in 1955. He attended Cornell University for his undergraduate education (1959) and received his MA (1962) and PhD (1965) in philosophy from Harvard University. Upon leaving graduate school, John became a professor of philosophy at Vassar College in New York (1964) and then later at Case Western Reserve University in Ohio (1968-1977), where he served as Chair of the Philosophy Department. From 1977 to 1983, he was Executive Secretary of the American Philosophical Association, during which time he also taught philosophy at the University of Delaware. From 1983 to 1987, he worked as the Assistant Director for Programs at the National Humanities Center in North Carolina. In 1987, he became Dean of Humanities and later Acting Dean of Humanities, Management, and Social Science at William Paterson University in New Jersey, and in 1993 he left academic administration and rejoined the philosophy faculty at WPU. In 2001, he retired and moved to Chambersburg, PA. In addition to co-authoring a book on introductory philosophy and editing several collections of essays, John – together with two colleagues – pioneered work in medical ethics that led to one of the first published collections of essays on the topic. After many years of teaching, he also published an article on the integral role of humor in teaching introductory philosophy, citing specific examples from Lewis Carroll’s Alice series. In his retirement, he continued to give lectures on philosophy and current events – with a splash of puzzles thrown in – to Wilson College’s Institute for Retired Persons. John was a lover of the arts, particularly classical music, and enjoyed exploring art museums in every city he visited. He had a vast art collection of his own, acquired over many years of visiting local galleries, which was an interest he shared with his late wife Beate. He was an avid reader and made a point of keeping up with current events, delving into all available viewpoints on any given topic. He appreciated wordplay and particularly enjoyed cryptic crossword puzzles and jigsaw puzzles. John was preceded in death by his wife Beate Schiwek (d.2016) and is survived by his daughter Emily O’Connor (daughter of Mary Bittner, his first wife), his daughter Amanda O’Connor (daughter of Miranda Ind (d.2009), his second wife), and their respective husbands Josh Welber and Matt Ruhlen. He is also survived by his granddaughter Vivian Ruhlen and his brothers Bob O’Connor and Brian O’Connor. Commended for his amiability and razor-sharp analytical mind, John was endlessly encouraging of his family, friends, students, and colleagues in all of their academic and artistic endeavors. A man of seemingly boundless generosity, a keen sense of humor, and a piercing intelligence, he made a difference to those whose lives touched his. If you would like to honor John’s memory by supporting the arts, please consider a tribute donation to the Cleveland Orchestra or the Cleveland Museum of Art, two of John’s favorite arts organizations. Memorial donations can be made to the Cleveland Orchestra by visiting https://www.clevelandorchestra.com/donate/; after you complete your donation you can enter John’s name in the “What inspired you to give today?” box. Memorial donations can be made to the Cleveland Museum by visiting https://give.clevelandart.org/ and specifying John’s name in the “Given in memory of” field. There will be a memorial honoring John’s life on Sunday, April 3rd, 2022. All are welcome; details will be provided via invitation. If you have not already been in touch with the family and would like to receive an invitation please contact Sellers Funeral Home, who will forward your request to the O’Connor family.

The family of Dr. John Morris O'Connor created this Life Tributes page to make it easy to share your memories.

Send flowers to the O'Connor family.