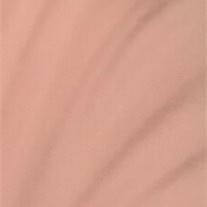 Susan M. Poling, 79, of Chambersburg went to be with her Lord on December 26, 2019 in Chambersburg PA. She was born June 18, 1940 in Indiana, PA, the daughter of the late Thelma (Sloan) Hood and Thomas E. Hood. She is survived by her loving husband of 57 years, Donald A., as well as four children and seven grandchildren; son, Robert W. Poling, wife Jennifer, children: Lauren and Lindsay, of Mechanicsburg PA; daughter, Melanie S. Shah, husband Vipul and two sons, of Fairfield, PA; son, Daniel M. Poling, wife Holly, Taneytown, MD, children, Kelsey and Brandon of North Carolina; daughter, Carolyne A . Poling and Roy Thompson and their son Owen of Hanahan, SC. She is also survived by one sister, Carolyn L. Oliver and her husband, John of New Florence, PA, as well as numerous nieces and nephews. Sue was preceded in death by her parents, her brother, Kenneth S. Raymond and wife Helen; sister Barbara A. Gibson, husband Bill, brother-in-law, Owen N. Poling, wife Mary Lou; brother-in-law Daniel A. Poling, wife Kathy; sister-in-law Judith A. Hall, husband Duane. After graduating from the former Laurel Valley HS, New Florence, PA in 1958, Sue graduated from Indiana University of PA in 1962. After spending two years in Germany with her husband in the army, she returned to Maryland and taught for three years before starting her family. She spent 17 years at home as a homemaker; but returned to the workforce in banking rather than teaching, where she spent the next 20 years with Sandy Spring Bank and Damascus Community Bank, both in Maryland. Sue and Don moved from Frederick County, Maryland to Chambersburg, PA in 2009. While living in Maryland, she was in active for many years in Montgomery United Methodist Church and presently is a member of First United Methodist Church in Chambersburg. Sue was active for several years in Scotland Run Homeowners Association, volunteered at Chambersburg Hospital for eight years, attended IRP and was involved in Community Bible Study in Hagerstown, Maryland. The funeral will be at the at the convenience of the family. Donations and her memory may be made to: tunneltotowers.org or foldsofhonor.org, woundedwarrior project, or First United Methodist Church, 225 S. 2nd St. Chambersburg PA 17201.

Susan M. Poling, 79, of Chambersburg went to be with her Lord on December 26, 2019 in Chambersburg PA. She was born June 18, 1940 in Indiana, PA, the daughter of the late Thelma (Sloan) Hood and Thomas E. Hood. She is survived by her loving... View Obituary & Service Information

The family of Lewis Goshen created this Life Tributes page to make it easy to share your memories.

Susan M. Poling, 79, of Chambersburg went to be with her Lord...

Send flowers to the Goshen family.