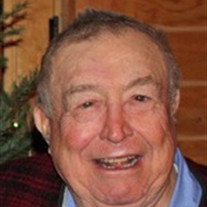 Maynard William Franklin Burkett, 91, of Chambersburg, passed away on Sunday, Sept 27, 2015 at the Chambersburg Hospital. He was born February 1, 1924 in Mason Dixon (Greencastle area)PA, the son of the late LLoyd McClellan and Ada Susan Caroline (Daley) Burkett. He worked at and later became a co-owner with his brother in law, Ragan Harbaugh, of the Farmer's Produce for 74 years. A long time resident of the Greencastle area, he was a "coonhunter" and enjoyed attending gun drawings. Maynard was a member for 23 years with the PA Fish Commission, a lifetime member of the Chambersburg Rod and Gun Club, the Chambersburg Moose Lodge #842, the Franklin Fire Co. and a member of AARP local #2287. He is survived by his wife, Mary Francis (Harbaugh) Burkett, a son, Maynard E. "Ink" Burkett, daughter: Carol (Mrs. Kenneth) Hollenshead; three grandchildren: Dana (Mrs. Michael) Long, Jody (Mrs. Ellis) Barnett, Danelle (Gary Cook) Burkett; six great grandchildren, one great great grandchild and a brother, Donald Burkett. In addition to his parents, he was preceded in death by his sister, Lucille Harbaugh. The service will be held at 1:00 p.m. on Thursday, Oct. 1, 2015 at the William F. Sellers Funeral Home with the Rev. Ronald Cook officiating. There will be a visitation one hour prior to the service. Burial will be in Parklawns Memorial Gardens. Memorial donations may be made to the American Heart Association, https://donatenow.heart.org. Online condolences may be expressed at www.sellersfuneralhome.com. To send flowers to the family or plant a tree in memory of Maynard William Burkett, please visit our Heartfelt Sympathies Store.

Maynard William Franklin Burkett, 91, of Chambersburg, passed away on Sunday, Sept 27, 2015 at the Chambersburg Hospital. He was born February 1, 1924 in Mason Dixon (Greencastle area)PA, the son of the late LLoyd McClellan and Ada Susan... View Obituary & Service Information

The family of Maynard William Burkett created this Life Tributes page to make it easy to share your memories.

Send flowers to the Burkett family.