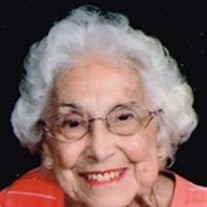 Pearl “Jan” Janet (Donley) Kiel, age 93, of Chambersburg, passed away Oct. 5, 2015 at home. Born Mar. 13,1922 in Puyallup, WA, she was the daughter of the late John Bradley and Lulu (Prouty) Donley. Jan attended the University of Washington before working for the government at the Todd Shipyards in Tacoma, WA, where she worked as a draftsman. She also worked at Ft. Lewis, WA until her husband, Major Henry W. Kiel II, was transferred to Letterkenny Army Depot in 1963. Major Kiel II passed away March 13, 1997. Jan was very active in the Credit Union movement. She was the first paid employee of Letterkenny Federal CU, now PFCU. Later, she worked for the Grove Community FCU and retired as Treasurer Manager for the Chambersburg Hospital Employees Credit Union. Jan also served as secretary for the 13 credit unions that met monthly. Jan was an active member of the community, serving on the Totem Pole Playhouse board, Chambersburg Hospital Auxiliary, a member of the Letterkenny Ladies Club (various Line Officers and President), a member of the Presbyterian Church of Falling Spring (trustee, Women's Club and an original member of the Healing Ministry), member of the Martha Custis Chapter of OES and member of the Naomi Chapter of the Eastern Star in Puyallup, WA for over 60 years. She loved nature, working in the garden, growing flowers and painting, no matter what size the brush. Jan is survived by: daughter, Jaye Kiel; son, John Kiel and wife Jacqueline of Fayetteville; three granddaughters: Cori Pasinetti, Anna Martinez, and Rachel Dayhoff; one great grandson, and three great granddaughters. She was preceded in death by a daughter, Jacalyn Bunker and a brother, Lloyd S. Donley formerly of Redondo, Washington. A Memorial service will be held at 2:00 p.m. on Sat., Oct. 17, 2015 at the Presbyterian Chapel of Falling Spring with the Rev. Dr. Andrew Hart and Rev. Dr. William H. Harter officiating. There will be a visitation one hour prior to the service. Honors will be presented by the Martha Custis Chapter # 342 Order of the Eastern Star. Memorial donations may be made to the charity of your choice. Online condolences may be expressed at www.sellersfuneralhome.com To send flowers to the family or plant a tree in memory of Pearl Janet Kiel, please visit our Heartfelt Sympathies Store.

The family of Pearl Janet Kiel created this Life Tributes page to make it easy to share your memories.

Send flowers to the Kiel family.