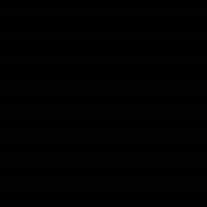 Robert (Bob) G. McKenzie, 85, entered into eternal rest on Friday, February 10, 2017 at Chambersburg Hospital, surrounded by his loving family. Born Jan. 17, 1932 in Chambersburg, he was the son of the late Paul B. and Ruth (Keller) McKenzie. Bob was a graduate of C.H.S. class of 1950. He attended Lehigh University for 3 years, followed by an enlistment in the U.S. Army with assignments in Alabama and Germany. After discharge, he and his father operated an auto repair business and manufactured concrete drain field tiles. Bob and his father then established McKenzie Concrete Products, which he maintained until retirement. Joining the church in 1943, he was a life-long member of Calvary United Methodist Church in Fayetteville where he served in many capacities including singing in the choir for over 50 years. Bob also maintained active memberships in many Masonic Organizations including the George Washington Chapter of F&A Masons, Tall Cedars of Lebanon, and Zembo Shrine. A member of the Zembo Highlander Pipe Band, he participated in many parades and band functions. Additionally, he was a member of Falling Spring Order of Amaranth and former member of White Shrine of Jerusalem. He also attended Chambersburg Kiwanis Club, and was a lifetime member of the Greencastle VFW. He bowled in the Thursday night league at Lincoln Lanes. His hobbies included flying small planes, photography, golfing, bowling, and travelling. Bob also played bagpipes for numerous weddings, funerals and other functions. Bob enjoyed several trips to Scotland where he played the old golf courses. He enjoyed a trip to Germany in what was the 50th anniversary of his Army service in Karlsruhe. Bob married the love of his life, Catherine Young, on December 30, 1962, and they happily built a home together in Fayetteville for 54 years. He is also survived by a daughter, Carol Seltzer and her husband, Brad of Chambersburg; and a son, Robert Wesley McKenzie and his wife, Tammy of Williamsport, MD. In addition he had a granddaughter, Jessica Seltzer; and a grandson, Jason Seltzer. He is also survived by a brother, Paul B. McKenzie and his wife, Doris of York; sister-in-law, Minnie McKenzie of Shippensburg; brother-in-law, Frank Young of Chambersburg; two nephews; and five nieces. In addition to his parents, he was preceded in death by a brother, James McKenzie. Memorial service with be held at Calvary United Methodist Church on Sat., February 18, 2017 at 11 AM with Pastor Suzanne Elliot officiating and visitation one hour prior. Memorial contributions may be made to: Calvary United Methodist Church, Fayetteville, or Shriner’s Children’s Hospital. Arrangements are entrusted to Seller’s Funeral Home, Chambersburg. To send flowers to the family or plant a tree in memory of Robert G. "Bob" McKenzie, please visit our Heartfelt Sympathies Store.

Robert (Bob) G. McKenzie, 85, entered into eternal rest on Friday, February 10, 2017 at Chambersburg Hospital, surrounded by his loving family. Born Jan. 17, 1932 in Chambersburg, he was the son of the late Paul B. and Ruth (Keller) McKenzie.... View Obituary & Service Information

The family of Robert G. "Bob" McKenzie created this Life Tributes page to make it easy to share your memories.