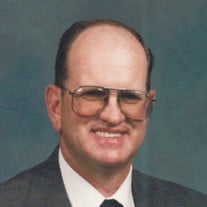 Mr. William Henry "Bill" Perry, Sr., 84, of Chambersburg, died Tuesday evening, April 13, 2021, at Wellspan Chambersburg Hospital. He was the husband of Mrs. Bonnie Lee Lewis Perry, who preceded him in death in 1987; and Mary Belle Ridenour Perry, who preceded him in death in 2019. Born December 19, 1936, in Chambersburg, he was a son of the late Lester S. and Rhoda C. Sollenberger Perry. He was a graduate of Chambersburg High School, Class of 1954. Bill retired from Mack Truck, Hagerstown, with 34 years of service. He was a member of First Christian Church, Disciples of Christ, Hagerstown; as well as the Elks, Moose and Eagles Clubs; and UAW, Local 171, Maugansville. Additionally, Bill enjoyed fishing; and was an avid NASCAR fan. Surviving are sons, William H. Perry, Jr., of North Carolina, and Timothy G. Perry and wife Linda of Shippensburg; his grandchildren, Shawn, Misty, Marianna, Katrina, Eli and Justin; and several great grandchildren; as well as his sister, Delores Campbell of Chambersburg; and numerous nieces, nephews and cousins. Besides his wives and parents, Bill was preceded in death by his grandson Shane; as well as brothers Nelson and Ronald Perry, Sr., and Dale Sollenberger. The family will receive friends at William F. Sellers Funeral Home, 297 Philadelphia Avenue, Chambersburg, on Monday, April 19, beginning at 10:00 AM, until the service beings at 11:00 AM. His pastor, Rev. Jake M. Caldwell, will officiate. Interment will follow in Norland Cemetery, Chambersburg. In lieu of flowers, memorial contributions may be made in Mr. Perry's name to his church, First Christian Church, Disciples of Christ, 1345 Potomac Avenue, Hagerstown, Maryland 21742. Those wishing may offer condolences to the family at www.sellersfuneralhome.com.

The family of Mr. William Henry Perry, Sr. created this Life Tributes page to make it easy to share your memories.

Send flowers to the Perry family.