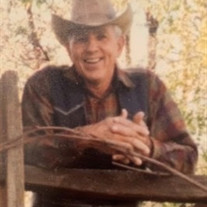 William Arthur Swope, 87 of Chambersburg, passed away on Wednesday, July 31, 2019 at the Shook Home. He was born October 3, 1931 in Waynesboro, the son of the late William Ambrose and Esther (Cordell) Swope. He attended the Nyesville one-room school house until eighth grade when he left to help his father on the family farm. He worked at Letterkenny Army Depot for a short time before becoming a self-taught Plasterer for 20 years. He worked for independent contractors in the tristate PA MD WVA region, many times riding in the back of a panel truck to the destination. Bill and his wife Pauline (Seilhamer) Swope married for 67 years, were members of the St. James United Brethren Church and in the 1950’s helped to build the new church on Warm Spring Road. They raised their family in the church, and he was a superintendent and trustee. Later, they were instrumental in establishing the Hope Reformed Presbyterian Church in Shippensburg where they attended in more recent years. Bill worked 25 years for the American Can Company (James River) retiring in 1997. Bill and Pauline had two 100 acre farms at different times and worked hard to maintain and improve them. His two passions were buying and selling antiques and being a good Samaritan. He was a life long philanthropist helping those in need. Buying Coats for Kids and food for people in restaurants was a regular occurrence. He was an asset to the community of Shippensburg where he facilitated three health care facilities coming off I81 on the main portal into Shippensburg. He was definitely a people person. He enjoyed meeting people at auctions and especially talking to strangers. One of his sayings was “If you don’t have friends, you make them”. In his retirement years Bill and Pauline enjoyed ball room dancing at the Penn Mar outside park. He loved Country and Western music, understood the lyrics of country and had an ability to know if people had a hard time getting along in life. Bill and Pauline saw many of the great country singers, including: Charlie Pride, George Jones, Kenny Rogers, Dolly Parton, Johnny Cash and they loved their trip to Graceland. Bill's most said quote was 'you have to be thankful' that he said his entire life till his last days. In addition to his wife, Pauline, He is survived by three children: Sharon Turner (Homer), William Avery Swope, Teresa Bumbaugh; three grandchildren: Nicole Turner, Tiffany Barrett (Ashley), Derick Bumbaugh; three grandchildren: Kirra and Beysia Turner, Fallon Barrett; a brother, Wayne Swope (Sharon); four sisters: Nancy Davis, Virginia Eberly (Ray), Linda Schatzer (Leonard) and Judith Hoch. In addition to his parents, whom he thought about daily, he was preceded in death by four brothers: Harold, Glen, Raymond, and Gerald Swope; sister, Janet Horst and a grandson, Bradley Turner. The Funeral Service will be held at 11 a.m. on Tuesday, August 6, 2019 at the Hope Reformed Presbyterian Church on 123 Walnut Bottom Road in Shippensburg with the Rev. David Fidati and Rev. Ray Seilhamer officiating. There will be a visitation from 10 a.m. to 11a.m. at the church. Burial will be in Parklawns Memorial Gardens. Memorial donations may be made to the Salvation Army, 159 Lincoln Way West, or to the Cumberland Valley Animal Shelter, 5051 Letterkenny Rd W, both at Chambersburg, PA 17201. Online condolences may be expressed at sellersfuneralhome.com

William Arthur Swope, 87 of Chambersburg, passed away on Wednesday, July 31, 2019 at the Shook Home. He was born October 3, 1931 in Waynesboro, the son of the late William Ambrose and Esther (Cordell) Swope. He attended the Nyesville one-room... View Obituary & Service Information

The family of William A Swope created this Life Tributes page to make it easy to share your memories.

William Arthur Swope, 87 of Chambersburg, passed away on Wednesday,...

Send flowers to the Swope family.